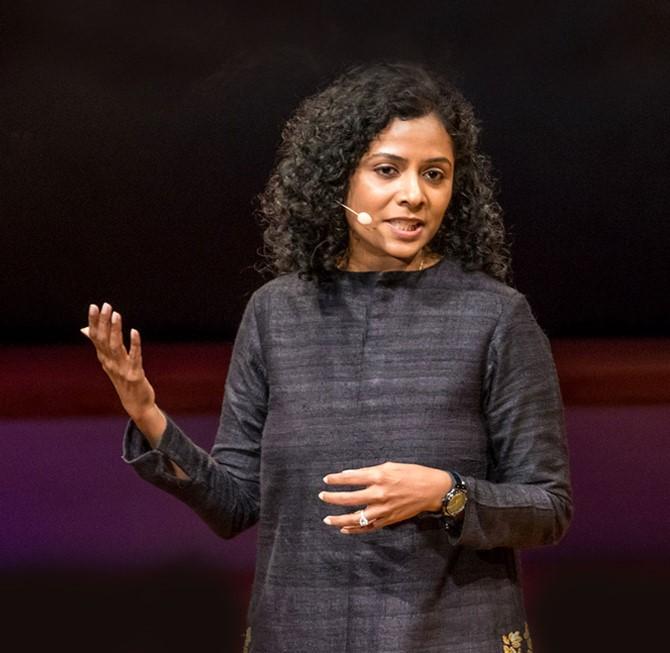 Preethaji is a transformational leader, philosopher and author, who has impacted millions of lives across the world. Among her students are well-known people like the WME – IMG CEO Ari Emmanuel, Bitcoin champion Mike Novogratz and singer & actor Usher Raymond.

Together with her husband Krishnaji she founded O&O Academy (a philosophy and meditation school to transform human consciousness), World Youth Change Makers (a charitable initiative to nurture transformed youth leaders), and One Humanity Care (a foundation to uplift 10,000 villages near the academy in India).

Preethaji is in addition Co-Founder and Vice Chairperson of White Lotus Conglomerate, she also directs Kosmik Music and Kosmik Global Media, a media conglomerate, recognized for its award-winning wild life documentaries featured on the Animal Planet, National Geographic and Sony.

From a very early age, Preethaji was gifted with an ability to deeply feel and connect to the sorrows and joys of others. Since then she is holding the vision to end human suffering and helping individuals to live in a beautiful state. For Preethaji, a beautiful life is one that is lived free of suffering, a life that is driven by a higher purpose, including the well-being of the world. Her life stands a testimony to this.

O&O Academy is a unique Philosophy and Meditation School in the south of India. The faculty of the academy, trained by Preethaji, provides highly effective development journeys for leaders and business people to transform human consciousness:

– From Stress to Peace and Calm.
– From Disconnection to Connection.
– From Division to Being One.

In many countries across the world, Preethaji is offering her profound wisdom during “The Field of Abundance”, a four day transformational event. She inspires her participants to create a new life and a new world. Her teachings are a perfect convergence of two worlds, the worldly and the spiritual; the scientific and the transcendental.