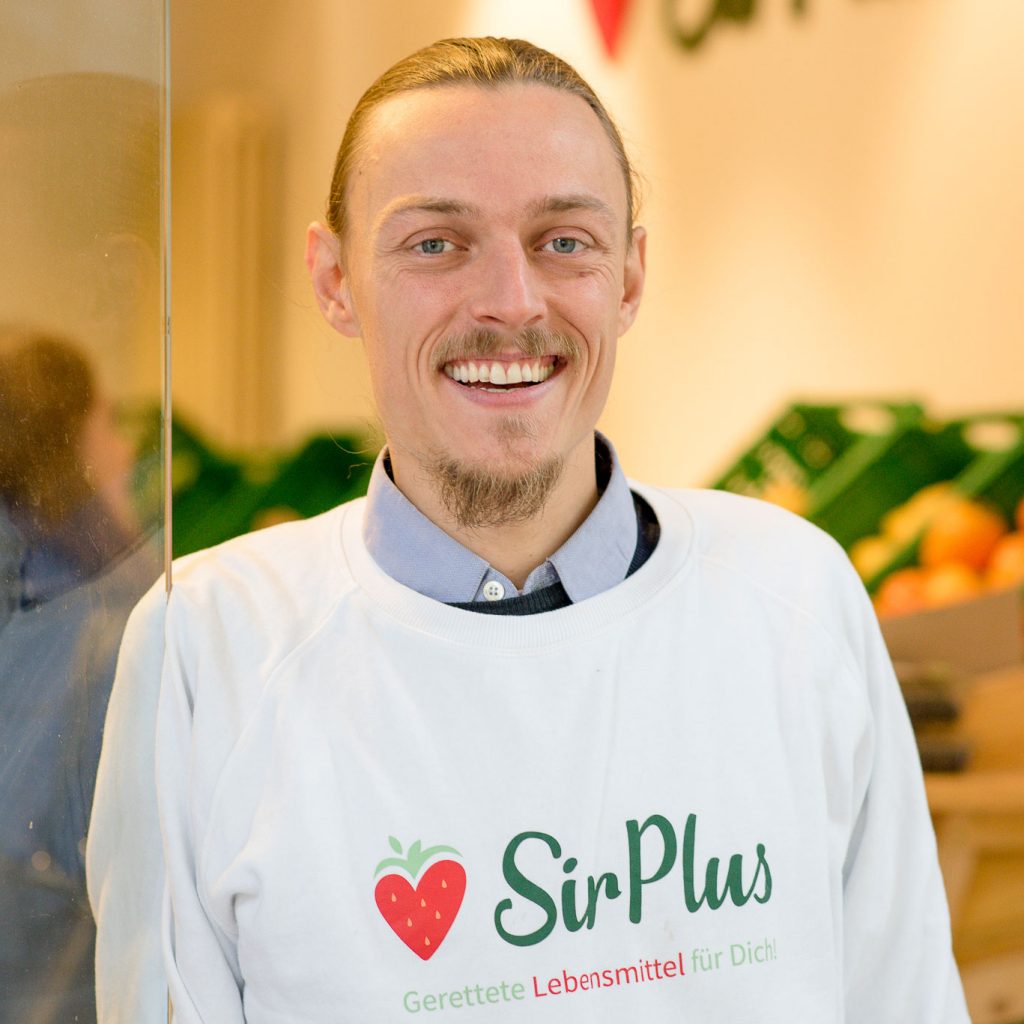 Raphael Fellmer is a social impact entrepreneur, activist against food waste and author. He spent 5 years on a money strike to raise awareness for the responsibility people should take against hunger, injustice and environmental destruction. During this time he and his fellow campaigners founded foodsharing.de, a platform which enables individuals and stores to provide food online that can then be picked up for free.

More than 35,000 members have already rescued more than 12 million kilograms of food from being thrown away. Raphael also traveled from Holland to Africa, Brazil, Central America and the USA during his money strike. He wrote the book “Happy without money!” about his experiences during the time of the money strike.

50% of the food in Europe ends up in garbage – one truckload every minute in Germany alone.

To counteract the massive food waste, the former dumpster diver Raphael founded “Sirplus” in 2017, for which he won, among others, the “German Sustainability Award” in the “Next Economy Award” category in 2018.

Together with 80 employees (including refugees) already 1500 tons of food, of which the expiration date had expired or which had been taken off the shelf for other reasons despite high quality, could be rescued in four supermarkets in Berlin and through the online shop. “Sirplus” cooperates with 300 partners including not only local farmers but also Germany’s largest wholesale company METRO and the supermarket chain Real. With “Sirplus” Raphael has made dumpster diving mainstream.

Raphael has become a media authority for the culture of sharing, against waste and abundance through countless reports in the press and appearances on talk shows and television reports.