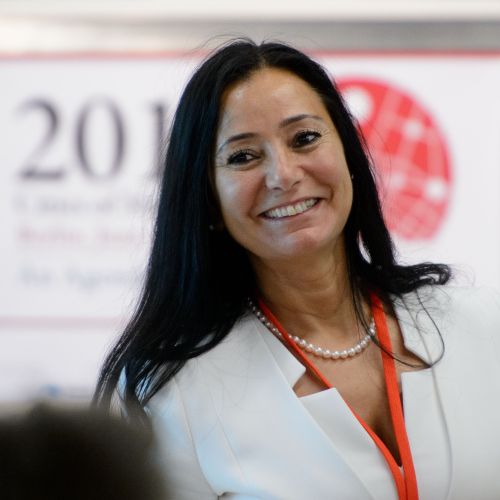 Aynur is a German entrepreneur of Turkish parentage. She founded FOREVER CLEAN in Berlin in the year 2000. She was born in East Anatolia (Turkey) in 1968. She came to Berlin in 1986 where she raised her daughter, learned German and waited five years to finally get her work permission.

She started working as a Marketing Assistant in a small Company in 1993. Three years later she was hired at a facility management company, becoming a forewoman very quickly.

She decided to found her own commercial cleaning business. Aynur has been the director of FOREVER CLEAN Dienstleistungs GmbH since April 2000.

In 2004 she transformed her business into a special category of company designed to help women prosper the workplace in Germany, and she began to concentrate on recruiting women from migrant communities and people with disabilities.

In October 2009 the business stepped onto the international stage with the opening of its first branch in Turkey. FOREVER CLEAN’s Turkish subsidiary, with main office in Istanbul, now employs almost 300 people.

Aynur’s many honorary positions bear witness to her entrepreneurial and social commitments. Among her other roles, she is a member of the Plenary Committee of the Berlin Chamber of Crafts and deputy chairperson of the Junior Chamber of Crafts, serves on the tariff committee of the Guild of Cleaners, on the Berlin Regional Government’s advisory council for medium-sized enterprises and is a member of the Bundesarbeitsgemeinschaft Integrationsfirmen e.V., a German association of with 600 member firms providing employment to people of disability.

Aynur is a member of the Turkish Foreign Economics Relations Board (DEIK).

FOREVER CLEAN is member of the VBKI, the association of Berlin merchants and Industrialists with 1950 members. FOREVER CLEAN is also member in the Tagesspiegel Wirtschaftsclub, and in Arbeitsgemeinschaft City e.V., and Charta der Vielfalt e. V.